Shark ION 720 vs Roomba 690… Which of these robotic vacuums is for you? To help you with the answer, let’s compare these two cleaners side-by-side. First, a brief intro on these cleaning devices.

On Shark’s official website, this sentence stands out: “When it comes to features, we thought of everything.” Below this bold statement is an image of a Shark robot vacuum together with its features that are labeled neatly. There are 8 features listed such as Smart Sensor Navigation, Easy Onboard Controls, Spinning Side Brushes, and Lithium Ion Battery.

The Roomba 690 is a Wi-Fi connected robot vacuum manufactured by iRobot, an American company founded in 1990. iRobot has more robot vacuum models to offer than Shark, and aside from robot vacuums, the company also sells robot mops and a pool cleaning robot.

Now, let’s focus on the differences between these two robot vacuum cleaners.

Also read: iLife V3s vs Roomba: Which is the Better Cleaner?

How different are these two robot vacuum cleaners? Let’s take a look in this section. 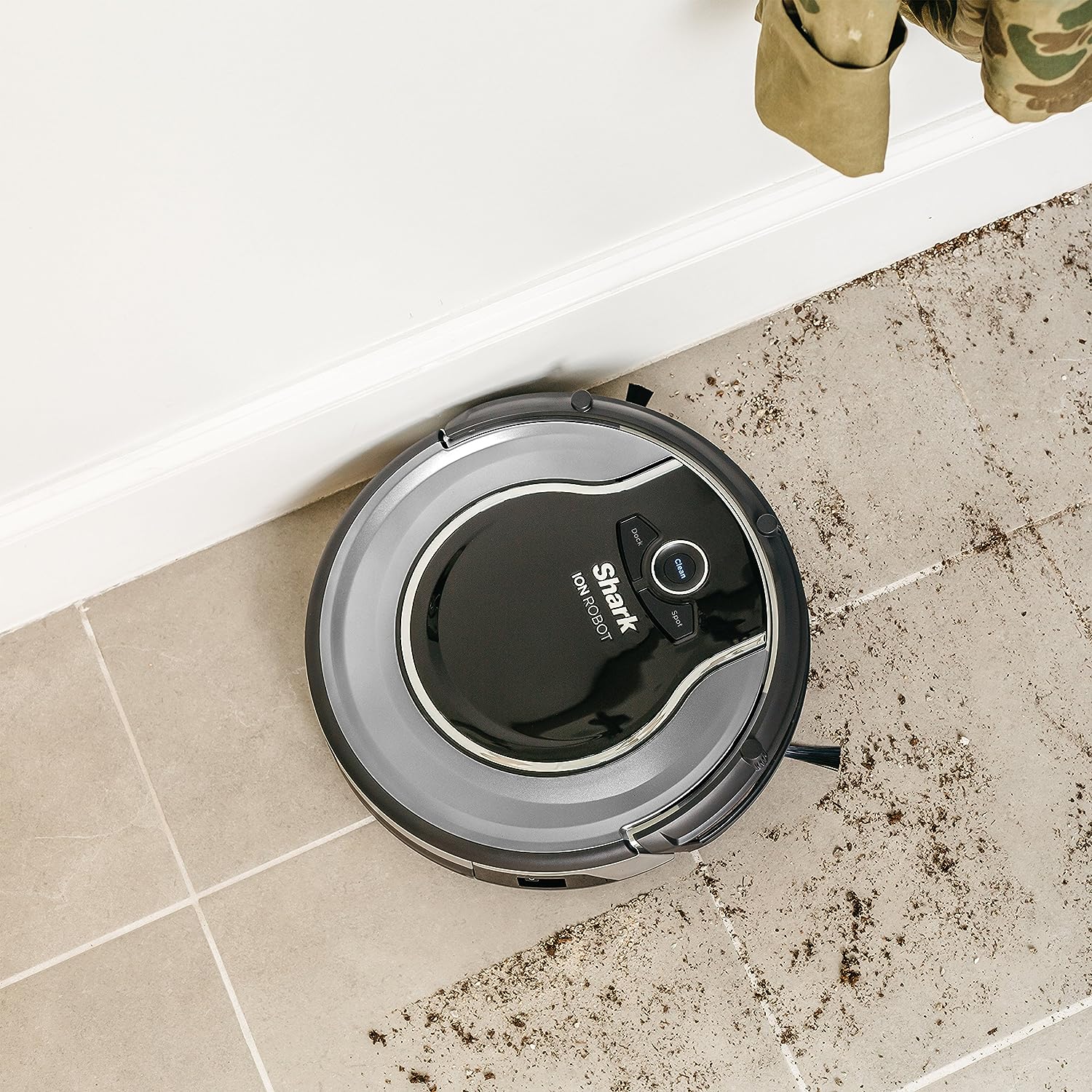 The Shark ION 720 comes with a remote control that you can use for scheduled cleaning sessions. To be able to use this remote, you need 2 AAA batteries.

On the other hand, the Roomba 690 doesn’t have a remote. However, it has Wi-Fi connectivity, and you can connect and control it by simply downloading the iRobot Home App.

With the iRobot app, you can also schedule cleaning sessions, and the good this is, you can do this anywhere you are anytime you want. The great advantage of having this app is that you don’t have to wait until you get home before you can command the robot to clean up your floors. 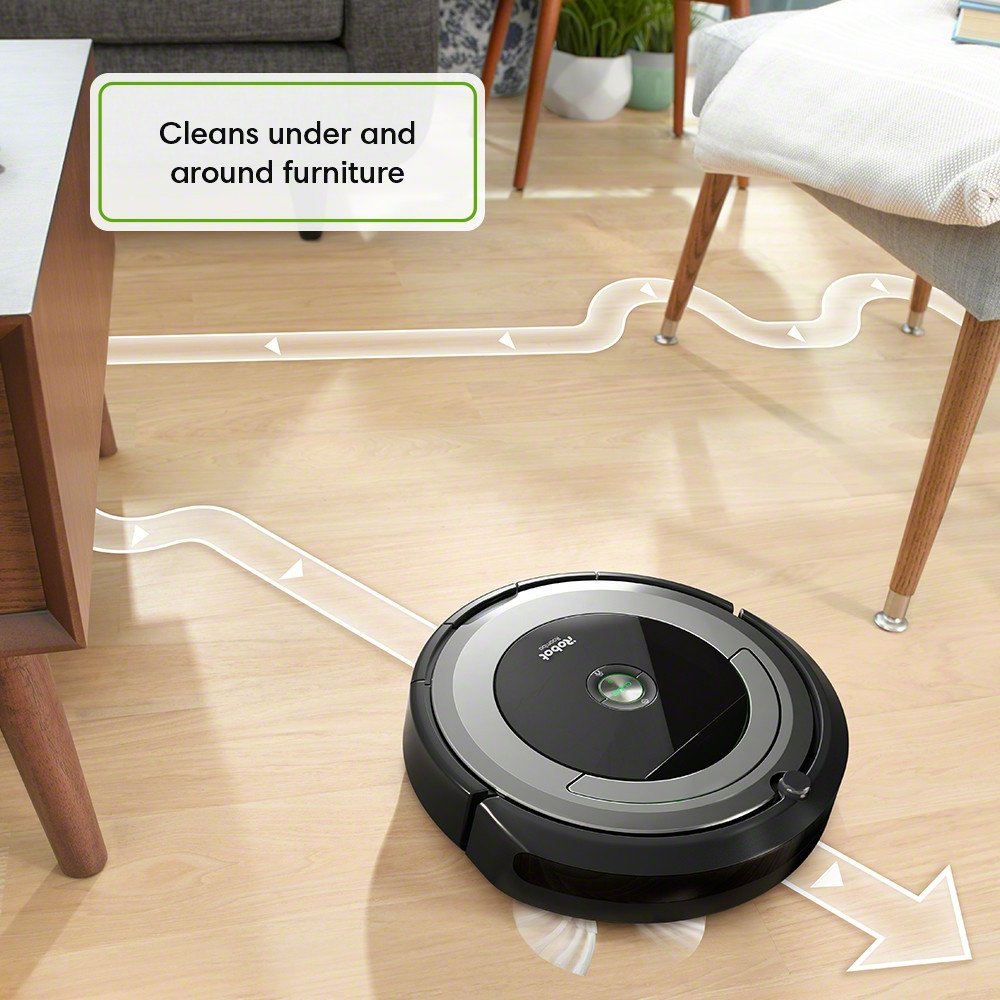 Yes, both of these robot vacuums come with a barrier. Why do you need one? Because you may want to clean only a specific room of the house.

What’s the difference? The Shark Ion 720 comes with a 9-foot roll of Botboundary strips. The strips should be cut and placed at the area where you want the vacuum to avoid. The disadvantage of these strips is the cost. Soon, you’ll run out of these barriers and would require a separate purchase.

There is a significant difference in weight. Which one is heavier? It’s the Roomba 690, which weighs 7.8 pounds, or 2 pounds more than the weight of the Shark ION 720.

Height-wise, there’s also a difference. The Roomba 690 is taller at 3.6 inches. In comparison, the Shark 720 stands 2.6 inches. This one-inch difference can mean a lot especially when you’re targeting under-furniture surfaces.

The Shark Ion 720 comes with 2 spinning side brushes and a self-cleaning brushroll with helix-pattern bristles. It’s worth saying that the main brush has a detangling technology that self-untangles long hair, string, and other particles that can get in the way.

On the other hand, the Roomba 690 has 1 edge-sweeping brush and two main brushes. According to the company, the iRobot is the only brand that has a dual multi-surface brush. One brush is designed to loosen dirt, and the other is to pick the dirt up.

Take a look at the images below.

Refer to the chart again. There are two notable features / functions that the Roomba 690 has that you’d like the Shark Ion 720 to have. First, it has Wifi connectivity. Second, it has a Recharge-and-Resume feature. That means if it runs out of battery in the middle of a task, it can dock and then resume its job once fully recharged.

Which one should you choose? Here’s our recommendation.

Based on what we presented, the Roomba 690 is the better choice. It has better features, its wall barrier is dual-mode, it’s the only brand with a dual multi-surface main brush, and it has Wifi connectivity.